What is a Digital Elevation Model (DEM): All You Need To Know

A Digital Elevation Model (DEM) is a 3D graphical representation of the elevation data of a terrain. A DEM helps in defining the topographical features of a terrain and all the elevated structures that lie on it. DEMs are a core feature in GIS (Geographic Information Systems) mapping. Moreover, DEM is a terminology used to collectively define the different types of elevation models available. DEMs are usually created using LiDAR sensors and satellites. However, you can create an accurate DEM using a drone and GIS software.

What are the Types of Digital Elevation Models (DEMs)

A Digital Surface Model (DSM) is a representation of the surface of the earth along with all of its objects, structures and features. Basically, a DSM represents the elevations above the bare surface of the earth. DSM is highly useful in 3D modelling, vegetation management, urban planning, and aviation. 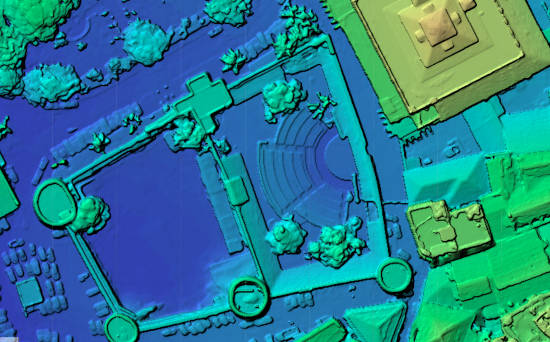 A Digital Terrain Model (DTM) is essentially a 3D representation of a terrain (x,y,z coordinates) stored in a digital form. A DTM does not only include the natural elevations of a terrain but also the ridges, fault lines, rivers, etc. Unlike DSM, a DTM does not represent objects and structures above the bare earth. Given below is a distinction between DSM and DTM: 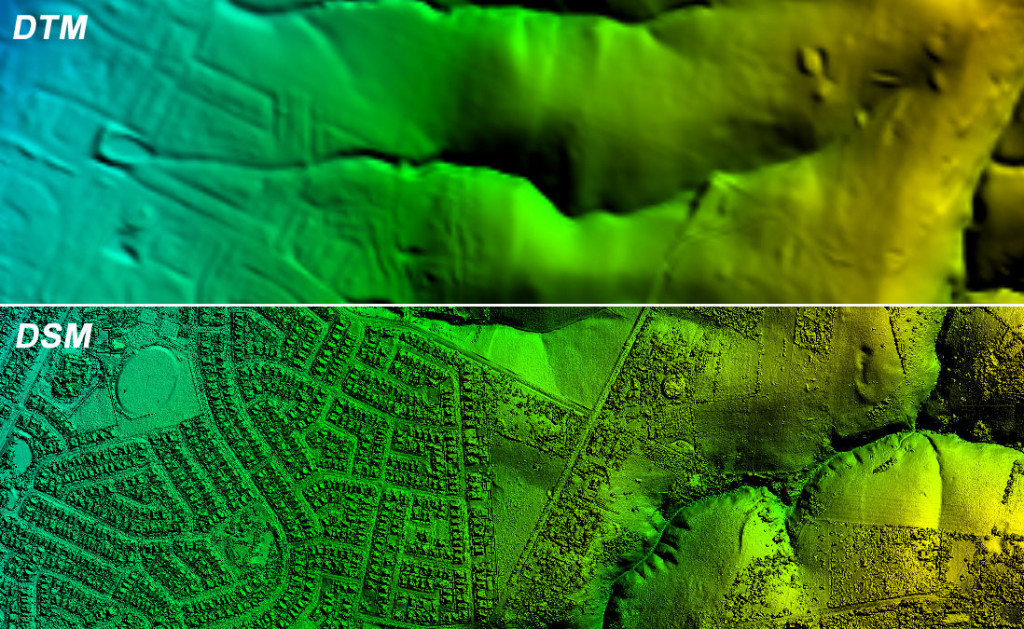 How to Create a Digital Elevation Model (DEM)

Elevation models can be created using LiDARs, Satellite Interferometry, and Photogrammetry. We will create a DEM using photogrammetry software as it is one of the easiest and cost-effective methods of creating an elevation model.

To begin with, you will require a drone to capture aerial images of the selected terrain or land. Once you’ve captured the aerial images. Select a photogrammetry software for image processing. There are plenty of software available for this purpose but we chose as it is cost-effective and highly efficient.

Create a project and upload all the aerial data on it. Once uploaded, start the processing. WebODM will process the images and create an orthophoto map by default. Once finished, view the orthophoto map and select the ‘Surface Model’ option. This will render a surface model of your terrain. Read this for more information on how to use WebODM. 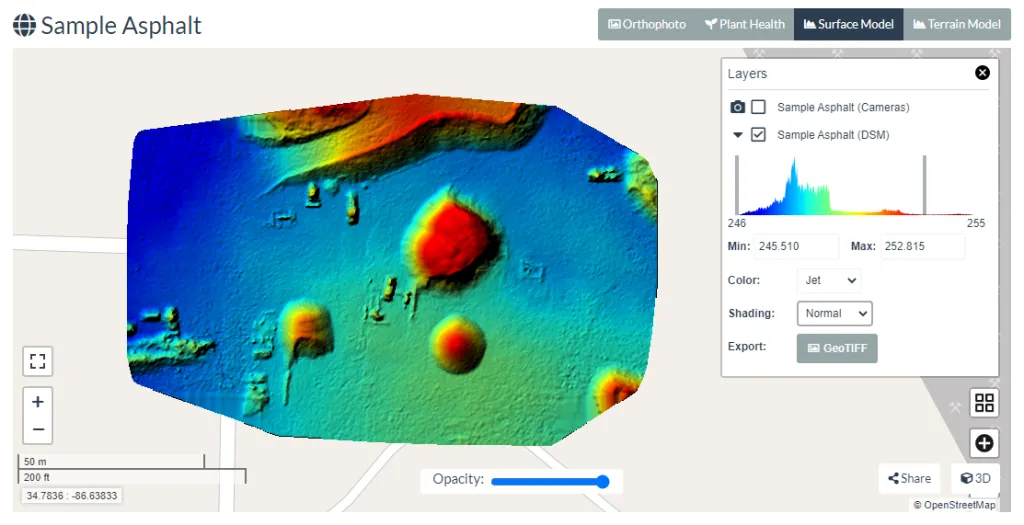